Examples of advertisements placed in Taboola’s “Promoted Links” box. Notice that each advertisement contains both a title and an appealing image.

Given an advertisement title (for example “15 healthy dishes you must try”), the advertiser has endless possibilities of choosing the image thumbnail to accompany it, clearly some more clickable than others. One can apply best practices in choosing the thumbnail, but manually searching for the best image (out of possibly thousands that fit a given title) is time consuming and impractical. Moreover, there is no clear way of quantifying how much a given image is related to a title and more importantly – how clickable the image is, compared to other options.

To Alleviate this problem, we developed a text to image search algorithm that given a proposed title, scans an image gallery to find the most suitable images and estimates their expected click through rate (a common marketing metric depicting the amount of user clicks per a fixed number of advertisement displays).

For example, here are the images returned by our algorithm for the query title “15 healthy dishes you must try” along with their predicted Click Through Ratio (CTR):

Examples of images returned by our algorithm for the title query “15 healthy dishes you must try” along with their predicted Click Through Ratio (CTR). Notice that the images nicely fit the semantics of title.

END_OF_DOCUMENT_TOKEN_TO_BE_REPLACED

In the last post we talked about age and gender classification from face images using deep convolutional neural networks. In this post we will show a similar approach for emotion recognition from face images that also makes use of a novel image representation based on mapping Local Binary Patterns to a 3D space suitable for finetuning Deep Convolutional Neural Networks [8]:

Our method was presented in the following paper:

For code, models and examples, please see our project page.

END_OF_DOCUMENT_TOKEN_TO_BE_REPLACED

At the recent DevCon conference I had the pleasure of giving an introductory talk to Deep Learning. A short theoretical overview is given following a technical deep dive on how to train deep networks with a few demos, practical examples and tips.

In the last few posts we mostly talked about binary image descriptors and the previous post in this line of works described our very own LATCH descriptor [1] and presented an evaluation of various binary and floating point image descriptors. In the current post we will shift our attention to the field of Deep Learning and present our work on Age and Gender classification from face image using Deep Convolutional Neural Networks [2]. 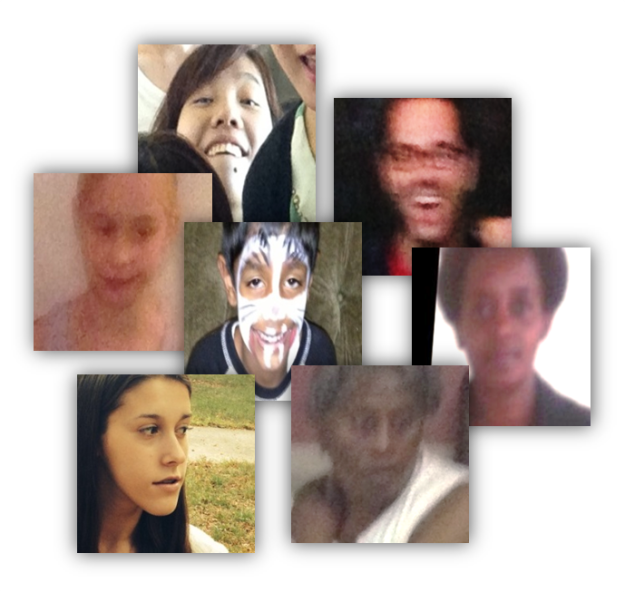 Example images from the AdienceFaces benchmark

Our method was presented in the following paper:

For code, models and examples, please see our project page.

New! Tensor-Flow implementation of our method .